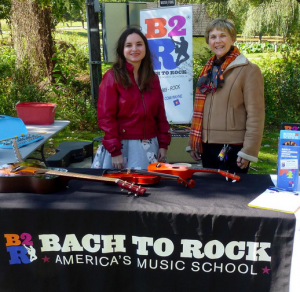 Ownership of a Bach to Rock franchise has the potential to strike that perfect balance between a profitable business and meaningful work. It is a creative business endeavor, to be sure, but we also pay very close attention to analytics, unit-level economics and profitability.

Here are three reasons why Bach to Rock is a very promising next business ownership choice for the “corporate renegade” — that person working in corporate America who dreams of starting a meaningful new path on their own terms.

We have a blueprint for profitability and purpose

At Bach to Rock we look for franchisees who are outgoing and want to make a more meaningful connection with their communities. You don’t need to be a musician to be a Bach to Rock franchisee, but having a passion for music and for educating children will help you better relate to why our employees work as hard as they do.

“The ideal candidate is going to be an involved member of their community, and they’ll know people in the community — whether it’s civic, political or otherwise, because that really helps with business,” says Bach to Rock CEO Brian Gross. “They’ll have demonstrated success in managing something, whether that’s as vice president or president within a company, or whether it’s their own business. They’ll have that whole understanding of P&Ls, plus staff management and those types of issues. They are going to be entrepreneurial but still want the guidance and advice and recommendations of a franchisor.”

“When you look at the revenue that can be generated by a Bach to Rock franchise and combine it with the extreme need in the marketplace for high-quality music education, it’s easy to see why our brand is taking off,” Brian says. “Our schools are sustainable and show the ability to ramp up quickly.

You don’t need a background in music 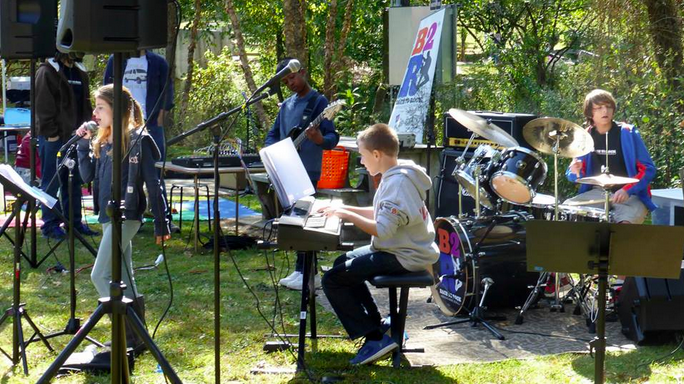 The Bach to Rock music franchise is a good business to invest in based on our financial merits alone, but we’re also fun for everyone involved — owners, investors and consumers.

The investor-owner of a Bach to Rock music franchise need not be a musician, but he or she does need the ability to build a team of energetic, dependable and committed musicians. That’s because the day-to-day heavy lifting of the business will be done by a full-time school director, leaving the franchisee the time to focus on the activities that generate sales and profitability.

Because each school has a manager, franchisees are not shackled to a single location. The model was built from day one for franchisees who want to start with one school and grow a chain, multiplying their income with each school they open.

Glenn Fleischman is a former telecommunications executive who parlayed his business acumen and experience into a new career as a Bach to Rock owner-investor. Glenn and his business partner, Alan Goodstadt, own three Bach to Rock music franchise schools in New York and plan several more under the umbrella of their company, Amplified Capital Partners Holdings LLC.

“I really like it that the primary focus of our business model is on the students,” Glenn says. “Alan and I were very nervous about going into the world of franchising. We had a connotation about what franchising was in our minds, and we weren’t sure if it was good. None of those fears has been borne out.

“The Bach to Rock guys are just great,” Glenn adds. “They are good, honest people. The business model is also great. I feel like as long as people keep making babies, there will be a never-ending source of potential customers.”

Bach to Rock is a music franchise for students of all ages — from early childhood through high school and beyond. At Bach to Rock, we know that learning music should be fun, and students learn best when they play music they enjoy. We are one of the nation’s fastest-growing private companies — named to Inc. magazine’s annual Inc. 500|5000 list for three consecutive years. To find out why, visit our research pages. If you would like to read another Bach to Rock franchise review, please visit our blog. To learn even more, fill out a form to download our free franchise report and someone will call you to start a conversation. We look forward to speaking with you!