Why do students flock to a Bach to Rock music franchise when it opens in a community?

Bach to Rock’s unique method of teaching music is a major factor. Not only does it attract and inspire music lovers of all ages, it gives franchisees and investors the opportunity to generate a healthy, sustainable income. It offers customers a premium service they’d be hard-pressed to find elsewhere.

Our core principles originated with our founder, a former middle-school music teacher and Juilliard-trained musician. “He believes music is best taught when you get to play the music you like,” says Bach to Rock President Brian Gross. “The learning is the same, but the enjoyment factor is much higher.”

We’ve taken this basic philosophy and infused it into just about everything we do at Bach to Rock.

The Bach to Rock approach may sound laid back and fun, and it usually is, but we also are very serious about music. We’re operating with a proprietary curriculum that’s been honed and perfected over time. Not only that, many of the teachers at Bach to Rock are professional musicians who seek the best venues for their teaching talents. They choose to work with us because of our effectiveness, the uniqueness of our curriculum and our advanced attitude about music education. 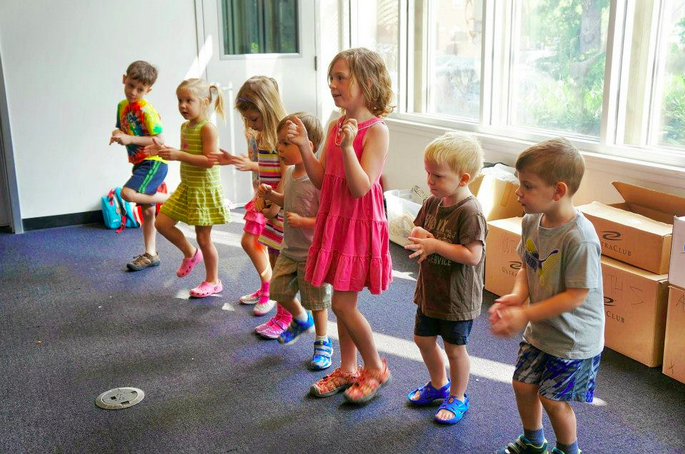 Bach to Rock teachers use age- and skill-appropriate musical arrangements and exercises so students can begin playing almost right away.

1. Play what you like. Whether it’s rock, classical, hip-hop or Top 40, children are more engaged when they’re allowed to play the music they’re passionate about. You won’t hear “Twinkle, Twinkle Little Star” at a Bach to Rock music franchise.

“You get kids excited about and quickly playing music they know and love,” writes Bach to Rock parent David Nicholson in an online review. “And you do it in ways that are immediately accessible. You open the door to the fundamentals, and the students reach a point where they are hooked on learning.”

2. Play in a band. Our students tend to practice more when they know their bandmates are counting on them to perform. They learn how to function well in a group and play well with others — crucial life skills as they grow and mature.

3. Perform in public. Applause is a powerful motivator. Our student bands get to perform at community concerts and participate in our popular Battle of the Bands competitions. Many surveys show that public speaking is one of people’s top fears, but our kids don’t suffer that problem. They learn how to shine in public and grab the attention of a room.

4. Recording as an educational tool. Bach to Rock music franchise schools are equipped with state-of-the-art recording studios that give students the opportunity to compose, write and record their own music. Imagine the thrill of a 15-year-old girl being able to record a CD of original songs, or a punk-inspired band hunkering down in the studio diligently learning all aspects of musicianship.

5. Early success. Using our proprietary curriculum, we can teach a student to play a song within her first hour of instruction. We start kids on simplified versions of songs and gradually increase the complexity as they gain experience.

“Bach to Rock was much different from the very beginning,” says Patty Elder, who has two children enrolled at Bach to Rock in Gaithersburg, Maryland. “My children were able to focus on the music. Right away they were able to play an easy song in a genre that appealed to them. Before long, they were totally engaged and even learning music theory. The Bach to Rock curriculum is just so interesting!”

The Bach to Rock music franchise is designed for students of all ages — from early childhood through high school and beyond. At Bach to Rock, we know that learning music should be fun and that students learn best when they play music they enjoy. We are one of the nation’s fastest-growing private companies — named to Inc. magazine’s annual Inc. 500|5000 list for three consecutive years. To find out why, visit our research pages. If you would like to read a Bach to Rock franchise review, please visit our blog. To learn even more, fill out a form to download our free franchise report and someone will call you to start a conversation. We look forward to speaking with you!