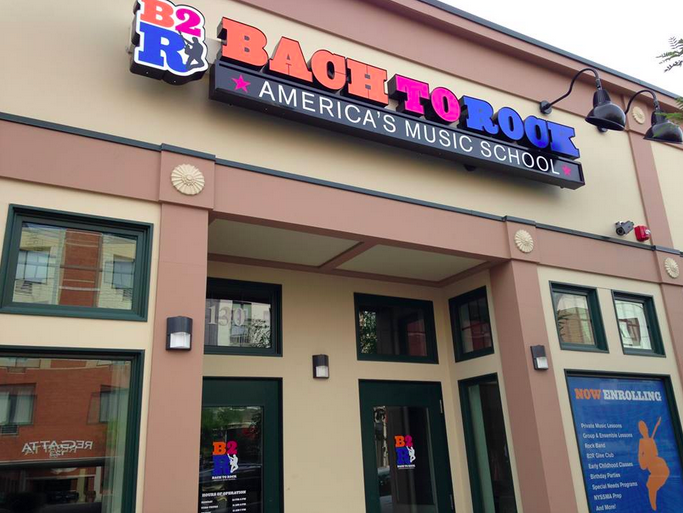 Classes filled up quickly at the Bach to Rock franchise school in Mamaroneck, New York, which opened in September 2014.

The school started to book up right away with birthday parties, music and voice classes for all ages and student performances. Teachers and students are out in the community spreading the word about Bach to Rock, playing at festivals and school events. The band program in particular is a smash hit with students, forming nine bands in the first three months.

“The community has really welcomed us,” says co-owner Glenn Fleischman. “We have a great mix of students, including more teens interested in bands than we’ve seen in the past. We have several bands rehearsing for their first performances that will occur early in the new year.”

Glenn and his business partner Alan Goodstadt are also owners of the Bach to Rock school in Port Washington, New York, which opened in 2013 as Bach to Rock’s first franchised school. The Port Washington school is also very popular in its community.

Why own a Bach to Rock franchise?

Alan and Glenn left their successful corporate careers in banking and technology, respectively, to pursue the dream of opening music schools in the wider New York City region.

These veteran businessmen are ideal Bach to Rock franchise owners. Though they liked their careers and were quite accomplished, they felt a calling to build a successful music business. Both are amateur musicians with a lifelong passion for music. Bach to Rock held the promise of allowing them to combine their business acumen with their devotion to music. 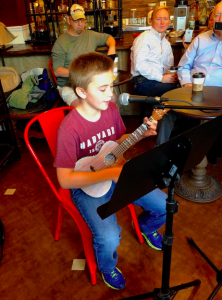 “Glenn and I are more than owners and managers of this business,” Alan says. “We’re creating a culture of passion for music. There’s amazing chemistry with our entire team, not to mention the fact that Bach to Rock kids and parents have really embraced us.”

Glenn says owning a Bach to Rock franchise has enriched his life personally and professionally.

“There is a great work/life balance in owning a Bach to Rock franchise, and it’s nice to be an important part of the local music community,” he says. “Our schools become very well known as places that do good things for local students. The Bach to Rock team is full of genuinely good people who want to see us succeed. They are always ready to help with business operations, marketing and administrative issues.”

“Bach to Rock offers great introduction to music for the preschool set,” Siobhan says. “It’s genuine music instruction from people who really know what they are doing.”

Another online reviewer, Kim Brodsky, says she likes “everything” about Bach to Rock. “You guys are so accommodating and really make sure the customer is happy,” Kim writes. “I have absolutely no complaints at all.”

At Bach to Rock we know that when students learn to play the music they love alongside their peers, they’re learning more than notes and melodies. They’re picking up key life and career skills — and a love of music — that will last a lifetime.