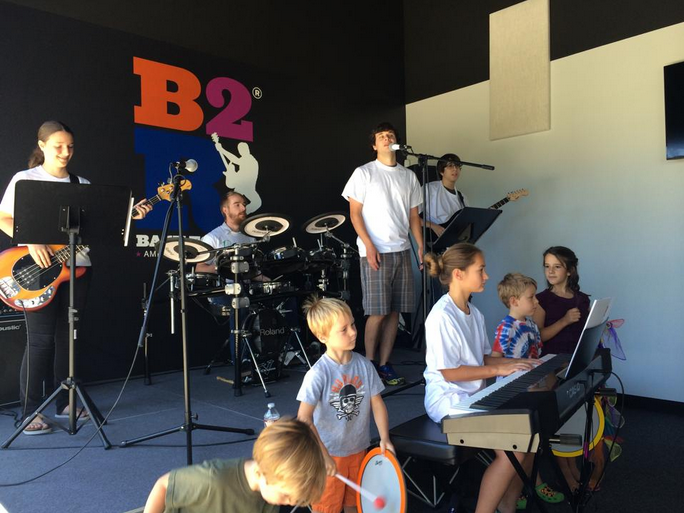 Some of Melissa Bartell’s earliest childhood memories involve learning to play the piano and the joy music brought her — and still does. As the director of the Bach to Rock music franchise in Folsom, California, the first Bach to Rock school on the West Coast, she’s sharing the gift of music with eager musicians of all ages and skill levels, their families and the community.

Melissa says Bach to Rock has enabled her to transform her love of music into a meaningful career. She previously was the director of a Bach to Rock music franchise in Northern Virginia, and when the opportunity arose to open the franchise in Folsom, she grabbed it. 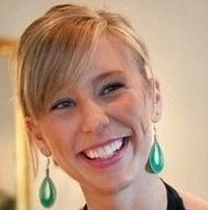 She shared her insights about why Bach to Rock is so successful and the difference it makes in students’ lives.

What’s your musical background? I started studying piano at age 7 and continued with weekly lessons over the next 15 years. I received a Bachelor of Music from the Hartt School with a concentration in music management.

What has the response to Bach to Rock been like in Folsom? How do you know you are making an impact? We couldn’t have asked for a better response. Not only have parents expressed interest for their children and themselves, but they’ve recommend Bach to Rock to their friends and even offer us marketing and business partnership suggestions.

I can tell that the families genuinely want us to succeed because they value music and the programs we’re bringing to Folsom. Some parents even send their kids out to local events to offer testimonials about our school! Folsom is a warm, family-oriented community that supports local business. We knew immediately that we came to the right place.

Folsom is known for its rich music programs at local public and private schools. Yet, we’re still hearing from people who have been waiting for a well-rounded, all-ages school like Bach to Rock.

How is the Bach to Rock music franchise different than other music lessons or music school opportunities in Folsom? In addition to commonly offered private lessons, Bach to Rock offers students ways to further their knowledge through programs and services like Rock Band, Bach to Rock Glee and our recording studio. The Bach to Rock method creates well-rounded musicians by offering exposure to real-life applications of music such as live performance, collaboration and writing original compositions.

What are some of your favorite moments in your years of working with kids, families and other colleagues? I’ve been lucky to have a front-row seat to many amazing moments, so many firsts, at my job.

Although it’s just another day in the office, I try not to take for granted the times when I witness a child picking up their favorite instrument for the first time, overcoming a challenge or performing on stage. Last week I heard a little girl say something to her dad as she was leaving the school.

She said, “That was my best day ever!” Those little moments mean so much.

How is word spreading about Bach to Rock? I find local, grassroots marketing to be the most effective strategy for showing the community what Bach to Rock is all about.

We can describe the Bach to Rock method in many words, but when children watch their peers on stage, see the program and feel the excitement surrounding it, it speaks for itself. The community is very supportive of children, so local venues and event planners are happy to give our students stage time. Those are places where professional, adult bands would often have a much harder time getting booked!

Word of mouth, especially in a family-oriented community, is powerful. Parents have walked in the door saying, “I don’t know much about Bach to Rock but my friends are telling me that my children have to enroll here!”

Are you surprised by Bach to Rock’s growth? I was lucky to become involved with Bach to Rock when the brand was strong but the programs were still being developed. Every member of the staff, from the president to instructors, had a part in developing the curriculum and method.

Bach to Rock’s employees really are invested in the company and believe in the program. You can’t manufacture their enthusiasm and dedication to the brand, and it becomes contagious. I’m not surprised by Bach to Rock’s growth, but I am surprised that, four years later, Bach to Rock provided me the opportunity to move to Folsom and direct the first West Coast school. It was a running joke between Bach to Rock President Brian Gross and me, actually: “If a California school opens, Melissa calls it!” And here I am.

The Folsom school is the first Bach to Rock music franchise school on the West Coast. What are the chances of the brand catching fire in the region? The demand is definitely widespread. There are so many communities on the West Coast, like Folsom, that see the value in music education and have the means to provide extracurricular activities for their children.

Can you walk us through a typical day at Bach to Rock Folsom? What are you doing behind the scenes to make it all happen? On a Tuesday morning, for example, I open the doors for two adult students, one woman taking beginner drum lessons and a man learning jazz tunes on the trumpet. I welcome nine kindergarteners from the school next door for their weekly Rock City class, since the school does not have a music program.

Sometimes we’ll have a studio session taking place in the early afternoon, other times the teachers will just jam together until their next lesson. In the evening, I’ll walk down the hallway and hear a student band rockin’ “Black Hole Sun,” the screeches of a student first learning the violin, and “The Nutcracker Suite” from the early childhood room.

This is the beautiful “Bach to Rock Hallway Medley,” and it changes every day.
My job is all about communication. I’m working with teachers to make sure we deliver a true Bach to Rock education. I’m in constant communication with customers to understand their expectations and ensure that they have a great experience.

What’s your favorite thing about working as a Bach to Rock musical director? The excitement on a child’s face and watching their confidence and self-esteem grow reminds me of the importance of music education on a daily basis.
The value of music education is often overlooked. Careers in music are limited, and the arts can be a competitive world. But when you come to Bach to Rock, it’s easy to forget all of that.

What kinds of communities are a good fit for Bach to Rock? Suburban communities in close proximity to a city, with a high percentage of families with disposable income. You can tell when a community values education by the types of businesses that are booming. The best communities for Bach to Rock also have a number of karate and dance studios, learning centers, private schools and birthday party venues.

What makes Bach to Rock a worthy brand? Bach to Rock’s unique and innovative approach to music education make it a stand out brand. For children, the arts tend to lose out to highly interactive activities like sports, video games and social media. Bach to Rock creates a fun, team-like environment for learning music, making it relevant and desirable for kids once again.I hear from so many adults who wish they could play an instrument but quit lessons as a child because they were boring. As Bach to Rock continues to grow, we won’t be hearing this from as many adults down the road.

The value of music education is widely understood at this point. What remains a challenge, however, is finding a place to expose kids to music regularly and engage children enough to where music becomes a part of their lives. Bach to Rock solves this problem. Parents don’t have to force their children to attend music lessons. Kids love coming to Bach to Rock.

Bach to Rock is a music franchise for students of all ages — from early childhood through high school and beyond. At Bach to Rock, we know that learning music should be fun and that students learn best when they play music they enjoy. We are one of the nation’s fastest-growing private companies — named to Inc. magazine’s annual Inc. 500|5000 list for three consecutive years. To find out why, visit our research pages. If you would like to read a Bach to Rock franchise review, please visit our blog. To learn even more, fill out a form to download our free franchise report, and someone will call you to start a conversation. We look forward to speaking with you!