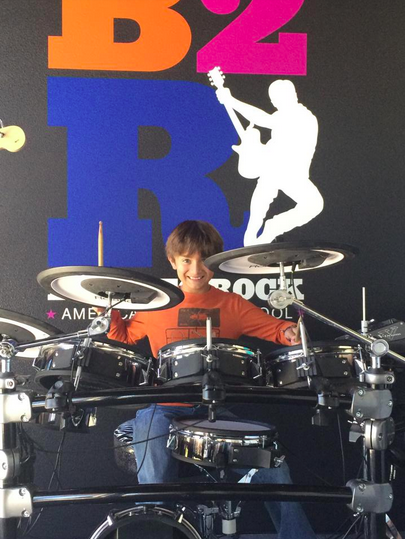 The Bach to Rock music franchise is a good business to invest in based on our financial merits alone, but we’re also fun for everyone involved — owners, investors and consumers.

The Bach to Rock music franchise is getting noticed in a big way, and for good reason. We’re landing on industry lists, winning awards and attracting media attention.

We’re making waves not only because of our groundbreaking approach to music instruction, but because Bach to Rock is introducing savvy entrepreneurs to a scalable, profitable business model that’s perfect for the investor who has a passion for music, education and enriching their community.

Here are three recent achievements that illustrate how our franchise is taking off and, in the process, addressing the nation’s overwhelming demand for music education in a way that simply can’t be duplicated.

“The teachers that my kids and I have worked with have been fabulous. It’s also great to have the option of joining a band, which I feel increases the fun and skill levels at the same time.” Leslie L. Bartnik

“Bach to Rock is an amazing school. My son went to another school for awhile, and we were not at all satisfied. My son was considering giving up the drums, but he loves Bach to Rock so much that he takes private lessons once a week, has joined one the bands and attended the summer camp. I also love the staff. They are incredibly professional, personable and accessible. I have recommended Bach to Rock already and wouldn’t hesitate in a heartbeat. I even have one of their stickers on my car!” Andrew Beardall

“After 5 years of coming to B2R my son has improved so much as a musician, and he’s been presented with amazing opportunities, from performing in scenarios like 9:30 Club, The Fillmore, The Hard Rock Cafe, The Electric Maid and so many others — as well as obtaining a partial scholarship to attend the five-week summer program at Berklee College of Music. He believes that the private instruction he receives at B2R is getting him ready for a music career.” Ana Aleman

“We appreciate the very flexible scheduling and the young instructors who are enthusiastic about music and make the classes fun. My son especially likes being able to jump right in and learn to play his favorite rock songs. He never enjoyed playing an instrument until now.” Robyn Desroches

“My son was nervous about starting his voice lessons. After 30 seconds, his B2R instructor made him feel totally comfortable. My son left his first lesson asking, ‘Can I extend my time?’ What more could a parent want?” Matthew Gould 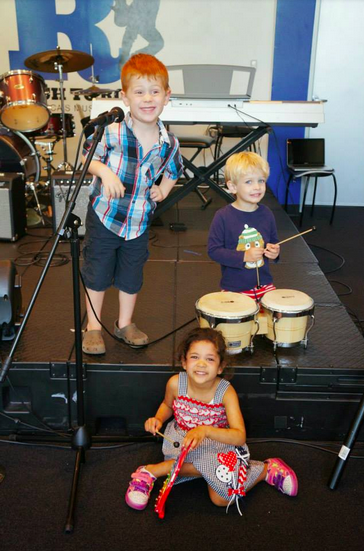 Bach to Rock is a music franchise for students of all ages — from early childhood through high school and beyond.

The truth is, Bach to Rock has stood out since opening our first corporate-owned location in 2007 in Bethesda, Maryland. For a music franchise, we have a unique — and remarkably effective — approach to learning music. Students are encouraged to have fun while they explore and learn the kinds of music they love, whether it’s rhythm and blues, jazz, classical, punk or pop.

And the Bach to Rock method can’t be duplicated by others. It includes a proprietary curriculum, music teachers who are skilled professional musicians, and instruction that blends individual lessons with playing alongside other music students in ensembles, bands, glee clubs and other groups.

Best of all, our nontraditional approach to music education is succeeding beautifully. Thousands of students fill the rooms of our Bach to Rock music franchise schools every week, and many of them are playing gigs at local venues such as coffee shops, festivals and school carnivals.

Bach to Rock is a music franchise for students of all ages — from early childhood through high school and beyond. At Bach to Rock, we know that learning music should be fun and that students learn best when they play music they enjoy. We are one of the nation’s fastest-growing private companies — named to Inc. magazine’s annual Inc. 500|5000 list for three consecutive years. To find out why, visit our research pages. If you would like to read a Bach to Rock franchise review, please visit our blog. To learn even more, fill out a form to download our free franchise report, and someone will call you to start a conversation. We look forward to speaking with you!