Kids searching for a music education outside the classroom are often frustrated by the strict, rigid structure their teachers tend to follow. Bach to Rock CEO Brian Gross has experienced this firsthand. His childhood ambition to learn to play songs by Judas Priest was thwarted when his guitar teacher insisted he instead learn John Denver tunes. 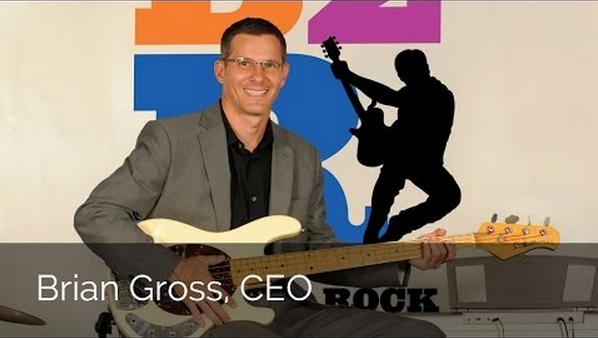 With the advent of Bach to Rock, there is at last a music school whose unique approach to curriculum presents an exciting opportunity for students of virtually any age to master the music they love.

Our music schools turn stereotypically solitary, mundane music education into a team sport. Participants not only learn from the pros, they put their skills to the test in real-world situations — like recording in a studio or playing live for an audience at local music venues. In addition, Bach to Rock’s individual music lessons crank up the fun by exposing students to whatever type of music they wish to learn. Whether they’re teaching Top 40, hip hop, country or blues hits, our instructors’ energetic and engaging approach is what creates the fervor for more Bach to Rock franchisees to join the music school franchise arena.

“A person who owns a Bach to Rock franchise fills a huge, culturally important need in the community,” Brian says. “You can enrich your community in a profitable and rewarding way — that’s why we believe our brand resonates with so many people.”

According to a 2009 Gallup survey conducted by the National Association of Music Merchants, 87% of Americans say music is an important part of their lives. Unfortunately for kids and young adults, public opportunities to explore music education are disappearing. As more and more schools continue to cut music and arts programs nationwide, Bach to Rock is filling the need for kids to express and expand their creativity.

Interest and demand for performing arts instruction — particularly music schools like ours — keeps growing. Music education helps students beyond their musical performance — their classroom acumen increases and their confidence grows. Parents actively seek extracurricular activities that will give their kids an advantage in life, and Bach to Rock fills that bill.

“There’s a large segment of parents who believe a well-rounded upbringing includes exposure to music and art,” Brian says. “When schools can’t fill that need, parents have to seek it outside the school system. That’s where Bach to Rock comes in — we have a tried and proven curriculum and a unique approach to teaching.”

From a business perspective, our franchise offers potential for solid financial returns, plus the bonus of emotional and social ones. As a Bach to Rock franchise owner, Brian says, “You become a cultural center focused on kids in your community.”

“Our goal,” Brian says, “is to have four to five hundred Bach to Rock schools nationwide, in and around the top 40 major metro areas. Right now, our span of geography ranges from Boston to North Carolina, Texas to California. We’re beginning to fill out a national presence.

“The pipeline of new owners interested in Bach to Rock has never been greater, and the success of our existing music schools contributes to that greatly. Our vision is to create the best, if not the first, national music school. There’s one other brand trying to create a national footprint for franchising, but that’s really it. Everyone else is a mom-and-pop local music school or the traditional teacher who either comes to your house or teaches in his or her home. Our goal is to be a marquee, branded music school — everyone can understand exactly who we are and trust that our curriculum and our professional teachers deliver the best music education.”

A curriculum unlike any other

Our proprietary curriculum offers participants the opportunity to draw on and improve upon their greatest strengths. Unlike music schools that emphasize particular aspects or areas of music education, we provide students with the well-rounded music education they expect. No longer will kids feel left out of the group or feel as though they’re being left behind. 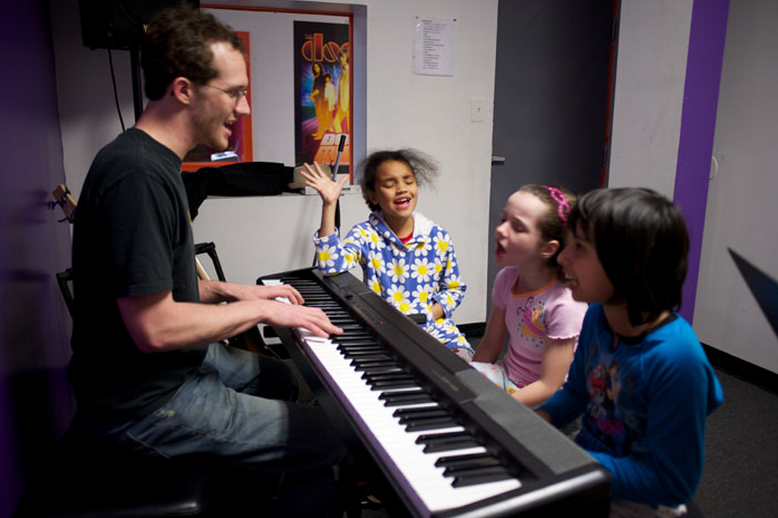 Students can expect an enriching, energetic experience when they attend Bach to Rock

There’s an added bonus for all who attend Bach to Rock that’s unique to our music school franchises: the ability for students to take what they’ve learned and, as a unified team, go into the studio to record their music or, better yet, venture into a music venue to try out their new chops in front of an audience. Traditional music schools usually don’t give students this golden opportunity to take what they’ve learned, apply it, and share it with the world. As Brian puts it, “Practice is great, but at some point you want to display your talents. Being able to play at a venue that international touring acts play at is very motivational.

“We believe to be a well-rounded musician and to enjoy maximum pleasure and motivation, that in addition to private lessons you should be in a group lesson. Whether it’s a choir, an ensemble, or a rock band, it’s the ability to play with other musicians that transforms the experience into a team sport where you’re working toward a common goal.”

It’s that same love and passion that are helping push our franchise toward major growth into new territories. As a Bach to Rock franchisee, our owners experience the rewards of providing kids with the life lessons and teamwork they’ll use for the rest of their lives, while also becoming a part of an expanding market that’s growing at astonishing speed.

Momentum for an already-strong reputation

The accolades we have received as a music school franchise speak multitudes about the current and future success of Bach to Rock’s vision. Our company was featured in Franchise Gator’s Top 100 franchises for 2014, as well as Inc. magazine’s Fastest Growing Companies ranking for three years running.

The momentum we’ve gained as a music school franchise has allowed us to expand rapidly. In 2012 alone, we sold 32 franchise territory agreements, and by the end of 2015, we will have eight new franchise locations up and running. By the first quarter of 2016, there will be 10 with several more in development.

On average, students enrolled in private lessons with Bach to Rock stay with the program for 70 weeks of instruction. That means that our franchisees are likely to see devoted students returning time and again to further their music education. Next to a traditional education, enrichment activities — whether sports or art — seem to top the list for parents who are looking for ways to help their kids succeed. This is much longer than the tenure for typical lessons and it ensures the franchisee will generate higher income per customer over time.

“Even when you look at discretionary spending information, the needs of your child supersede your desire to buy a new car, to go on vacation, to join a country club, whatever the case may be,” Brian says. “It’s also a very high placement in your discretionary spending bucket. Even when times get a little tight, you still value that education for your child above many other things, and commitment to it stays true. That’s why music schools like ours experienced astronomical growth from 2008 to 2011, when most businesses were suffering.”

The flexibility of the Bach to Rock franchise grants prospective franchisees the freedom to choose a model that suits their own personal needs. Other business models in the music school arena are usually geared toward only owner-operators, which limits the amount of time for owners to pursue other investment opportunities.

“I think you need to look at the financial aspects of the business,” Brian says. “We truly are either an owner-investor or an owner-operator model; if you didn’t want to be in the day-to-day workings of the school as the School Director, our investor model allows for that.”

Another rewarding aspect of our music school franchise is the ability to enrich students’ lives. When participants walk through the doors of a Bach to Rock school, they aren’t hit with unachievable expectations or a narrow, set-in-stone curriculum.

“Our business is enrichment,” Brian explains. “In our schools, the kids race out of the parents’ cars because they can’t wait to be there. This is fun for them, they enjoy it, it’s motivational.

“Schools are opening. Owners are having success — and it’s that success of the franchise owners that’s propelling us and will continue to propel us. We have very motivated, engaged, and satisfied owners, and that’s what’s going to drive the continued expansion of the system.”