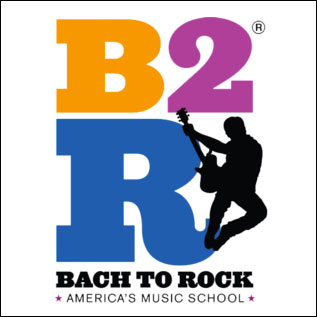 An exciting feature of this new location is the Beat Refinery DJ School, which offers Mixing, Scratching and Music Production classes for students of all ages. Over the past decade, DJ culture has emerged from a mostly underground activity to become a worldwide phenomenon impacting virtually every music genre. Now, students at Bach to Rock Arlington Heights can learn the tricks of the trade to take advantage this growing trend. Students can enjoy private or group lessons and the studio is available for parties and camps.

Nationwide, Bach to Rock has instructed over 55,000 aspiring musicians since opening its first school in 2007.  The brand delivers a twist on traditional music lessons, offering something that’s akin to team sports with a spirit of creativity and fun to inspire students. “With Bach to Rock, gone are the days of boring and solitary music lessons.  Students learn to play today’s hits and jam with other kids from the start. You’ll see students paired up in groups and teams to help ignite the musical energy,” said President of Bach to Rock, Brian Gross.

Bach to Rock Arlington Heights will offer a variety of programs for students of all ages including: individual and group lessons in piano, voice, guitar, drums and more; “Rock City” for preschoolers and “Rock n Roll” for toddlers; beginning piano “Kids n Keys” for children in grades K-2; and summer camps and birthday parties. Bach to Rock also offers MyB2R, an online dashboard offering customers real-time access to student progress and more. MyB2R provides the ability to track student advancement, schedule lessons, obtain homework and stream over 300 pre-recorded songs to practice at home.

Bach to Rock is reshaping music education on a national scale by turning solitary, boring music lessons into a group activity that is more like a team sport.  B2R focuses on providing a well-balanced music education because, ultimately, that is what parents are looking for. Students learn the intricacies of music — from theory to how to read music. Bach to Rock is the music school kids would have designed for themselves.  They get to jam with other kids right away and play current hits. The learning is the same, but the enjoyment factor is much higher.

Bach to Rock – A Franchise Opportunity with Industry Stature

Bach to Rock is experiencing continuous growth, with 40 schools open and an additional 8 schools in development. Nineteen of those schools are in eight Top Ten markets, ranked by population.  The franchise is trending to become a $25 million brand, teaching over 55,000 children and adults since the company’s inception in 2007.

For More Details on Our February 1, 2020 Grand Opening: