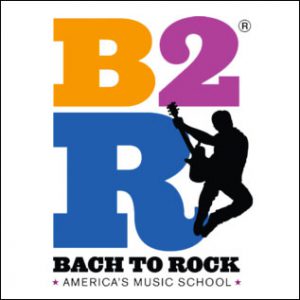 (B2R), America’s music school for students of all ages, announced today the launch of 12 new schools that have recently opened or will open by early 2019, in the states of Arizona, California, Florida, Georgia, Illinois, Indiana, Minnesota, New Jersey, Texas and Washington. Nationally, Bach to Rock is experiencing a robust and steady growth, with 36 schools presently operating.  Nineteen of those schools are in eight Top Ten markets, ranked by population.  Bach to Rock is trending to become a $15 million brand, teaching over 10,000 children and adults this year alone, and over 45,000 since the company’s inception in 2007.

The new schools are in the following cities:

“We are very pleased with the national expansion of our brand.   I attribute our momentum to several factors.  First, there is a huge marketplace need in communities across the United States for the unique, high quality music enrichment program that Bach to Rock provides.  Second, we have a strong and dedicated group of new and existing franchisees, who are truly invested in their businesses.  And third, is our corporate team. They are the heart of our brand and ensure all of our franchisees are fully equipped for success,” said President of Bach to Rock, Brian Gross.  “A Bach to Rock franchise is a solid business opportunity for someone who is entrepreneurial, motivated and eager to help revamp music education.  Our brand has taken off because we are sustainable, profitable and we start up quickly,” continued Gross.

Bach to Rock has repeatedly been named to Entrepreneur’s Franchise 500 and has ranked it as one of the 500 Powerhouse Brands and on its Next 300 Franchise System list.

Bach to Rock franchisees are provided with an array of tools to position them for success, including extensive hands-on training, marketing and public relations support and a proprietary web-based management system, along with demonstrated techniques for business growth.  Franchisees also benefit from multiple revenue streams such as individual and group classes, early childhood education programs, a DJ school, state-of-the-art recording studios, summer and winter camps, birthday parties and more.