Sameer Patel is a new Bach to Rock franchisee, but he’s not new to Bach to Rock. That’s because two of his three children are having great experiences as Bach to Rock students. Sameer, also the co-owner and administrator of a Montessori school in Bristow, VA, recently bought the rights to open a Bach to Rock franchise in Bristow and is in the process of building a new school from the ground up. Sameer had a less-than-ideal experience with music lessons as a child, and yet he never outgrew his passion for music. In Bach to Rock, he found a highly profitable business opportunity that also gives him the ability to help other families and children in his community. Sameer shares his story in this Bach to Rock franchise review. 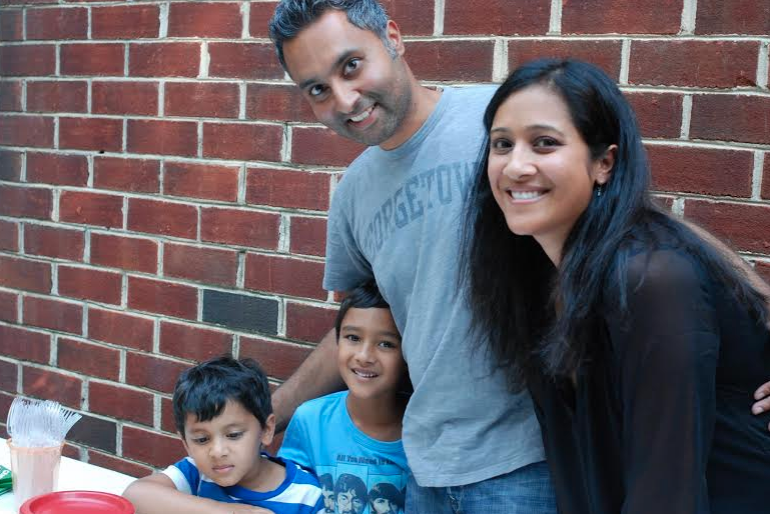 What were you doing before you decided to become a franchisee?

I currently run a Montessori for preschool and elementary education. It starts with an infant program and goes up to third grade. Since starting the Montessori school, I have really enjoyed anything related to learning, education and childhood development.

I live in Bethesda, MD, and my kids have attended Bach to Rock there. Two of my children, my 7-year-old and my 4-year-old, have experienced lots of great things for them through their early classes at Bach to Rock. My 7-year-old started when he was about 3. I saw him go through Rock City and Kids n Keys, and now he’s taking individual piano and violin lessons. He has done really well and enjoyed it, which is probably why he has done well at it.

How is Bach to Rock’s approach to music different from the one you had as a child?

It’s very different from how I was introduced to piano as a kid. I was going to an old woman’s house, and I just didn’t like it. After only a few months, my mom decided it wasn’t working for her or for me. I think if I had been exposed to music in a different way, the result might have been different. I have really thought a lot about the magic that Bach to Rock creates versus what we had as kids.

With your Montessori school, you are already an entrepreneur in charge of a service that gives back to the community. Why did you decide to start another similar venture?

It just seems to make sense based on the life experiences and professional experiences that I’ve had. I like the fact that Back to Rock is a sustainable business. It’s rooted in an amenity for a specific community. Bach to Rock might not work in every community, but I think it would be very successful in many communities.

My opinion is based on seeing the kinds of activities parents and families are seeking for their kids in certain neighborhoods and communities. Bach to Rock isn’t attractive to me just because of the concept — it also has a very compelling structure. It has its own very unique curriculum. That’s one thing that really sets it apart. Bach to Rock has put a lot of time into developing a music program that kids can relate to. Every month they put out the latest new songs that kids can learn with various levels of proficiency. It’s not like going to a music store and picking up a book and then having different teachers teach different things. Bach to Rock has a structure in place that can be both refined and replicated.

Traditionally, when parents have looked for music lessons for their children, they haven’t really known, with consistency, where the teacher will teach. It could be anywhere — their home, your home or a more public location. It can be hard to figure out the actual quality of a music teacher. Bach to Rock is different. All the music happens in one place, and we screen the teachers. They have to go through various background checks. It seems very smart to systemize all of this. 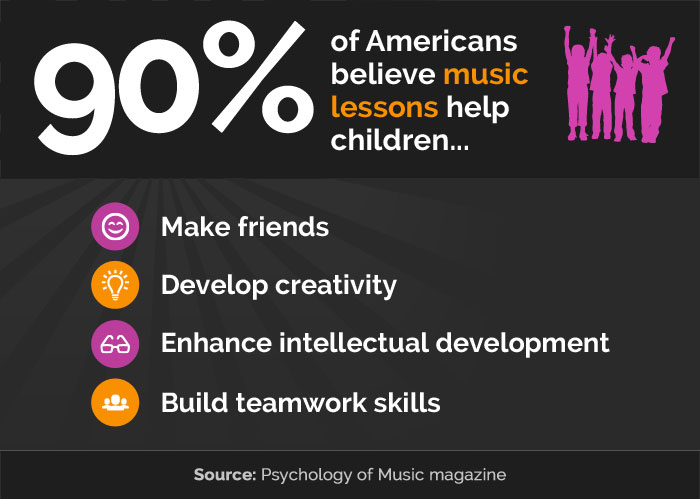 Can you tell me a little about your children and their experiences at Bach to Rock?

In some ways we have set them on a fairly traditional route for appreciation of music. Those first classes for 3- or 4-year-olds at Bach to Rock have helped a lot. They cover the fundamentals, like what a quarter rest is, what a half note is, etc. If you just hand a 4-year-old a guitar, likely it will probably be busted in two or three days. But at Bach to Rock, you get an appreciation for the instrument. You can’t just strum the strings with whatever you feel like — it has to be a pick or a finger. When you have a drum set, you can’t just bang on it however you feel like it, there is a cadence and a rhythm. It’s critical that Bach to Rock provides these experiences early on.

When Bach to Rock students move into Kids n Keys, it’s in a group setting which is an optimal learning environment for them. It’s an approach that’s very unique in Bach to Rock. The children in Kids n Keys tend to stick with it longer because it’s just like going to soccer practice or another team environment where they are all learning together. There’s more going on than one-on-one learning with an instructor. Although that might be attractive, I don’t think it’s optimal during the first stages of learning an instrument.

Once the kids attend Kids n Keys, they have better fundamentals, which gives them better focus, and after that they can fit well into the structure of a private lesson. If you introduce individual private lessons too early, before you go through the steps of appreciation and responsibility in a group setting, you might find kids pull out faster and won’t stick with it. Both of my kids have gone through those steps in a logical way, and now they really enjoy it. They may not always enjoy practice, but what kid does? I’m happy to say they have developed the skills appropriately in time, too.

What instruments do your kids play?

My 4-year-old, Rayn, plays piano, and in the next couple months he will be starting drums. He will do both together. My eldest son, Rumi, plays the piano and the violin. He’s reached the level where he now does recitals and public performances. He is generally a shy kid, but he has gained confidence from Bach to Rock classes and performances. He can play music that energizes him, and he doesn’t get nervous. Playing a recital is a targeted goal for him. He really becomes a different kid when he’s sitting in front of other people playing piano. A transformation happens to him, and he taps into something different inside of him. I think it is really magical, especially for someone whose normal disposition doesn’t come off as super-confident. It’s really helping him in other aspects of life.

Tell me a little bit about the new location for Bach to Rock. Are you planning on building your school from the ground up?

Yes, it’s going to be a brand new construction. Right now it’s just a hole in the ground. It is in Bristow, VA, a residential community in northern Virginia that’s a suburb of Washington, DC.

Did it take a lot of planning? How complicated was it to plan to build from the ground?

It’s very complicated because there are so many things that need to be done — getting permits, etc. In many ways, I think building is a better option than operating out of an existing space. It’s like having a blank canvas. You don’t have to retrofit a project, which is something I didn’t want to have to do. It’s going to take me a little bit of extra time, but that’s OK. I am building an open box, and I can design the inside just exactly the way I envision it. I want to create the model of a Bach to Rock site.

Do you feel you have competitors other than the individual music teacher?

No. In many markets Bach to Rock is the first concept of this kind. I wouldn’t go into a market where there is a similar product.

Are you sticking with just this one Bach to Rock, or can you see yourself being a multi-franchise owner?

Things would have to play out the right way in order for me to look into doing another one, but I’d like to grow. I don’t want to put a lot of time and effort into something that’s just a one-time thing. I want to make sure I have the time to get my school on its feet. I’ll probably need to wait a couple of years before I approach the idea of starting another one.

What kind of person would make a good franchisee? What qualities do they need?

A good Bach to Rock franchisee would not only be a person with the financial means to do it, it would be a person who really loves music. Passion is very important. It would be someone who’s either had a good experience musically — and wants to share that passion — or someone whose experience wasn’t so great and who wants provide a service to make learning music better for kids. I didn’t have the greatest experience musically, and I wish that I had. I see my kids having a positive experience with music at Bach to Rock, and it’s inspiring to me. That passion for music is critical and No. 1 for me.

Starting a Bach to Rock school is not a cheap endeavor, especially since the build-out can be expensive. It would probably be more attractive to more seasoned business people who have been successful in other businesses. I think it would be a tough first thing to do if you didn’t have the financial backing.

What has it been like working with Bach to Rock?

Everyone at Bach to Rock has been as open as they can be. They are a good group of people. I instantly had a feeling of trust in talking with them about the potential of purchasing my own Bach to Rock school. They really want their franchisees to be successful. It’s been great.