How Patty Elder Became a Bach to Rock Franchise Superfan

Patty Elder is like a lot moms who discover the Bach to Rock franchise. She was frustrated by how difficult it was for her 10-year-old son, Jacob, to find an extracurricular activity at which he could excel. Nonetheless, Patty was determined to help Jacob find his true passion, even if it wasn’t baseball, soccer or basketball. A lot changed for Jacob when he started taking guitar lessons at the Bach to Rock in Gaithersburg, MD. Almost immediately he was in a band, picking out basic melodies on a guitar. “He loved it,” Patty says. “It’s been six years since he started, and now music is a huge part of his life.” Patty, who’s a Realtor in the Gaithersburg, MD region, enrolled her daughter, Jamie, in Bach to Rock classes two years after Jacob started. Jamie, who’s 11, now sings in a “girl band. Patty recently shared her experience with us in a Bach to Rock Franchise review. 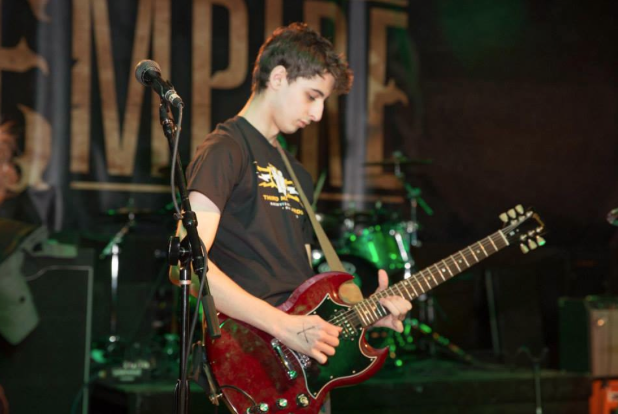 How did you end up getting involved in Bach to Rock?

My son was in fourth grade at the time, so he was about 10 years old. We worked hard to find something that he would be interested in. We signed him up for baseball, football, soccer, swimming — you name it. He just wasn’t interested in anything. We got a postcard in the mail from Bach to Rock in Gaithersburg, MD, which is where we live. My husband took my son to Bach to Rock and bought him a little acoustic guitar. Jacob really liked it, and he has been going there ever since. It’s been six years since he started. 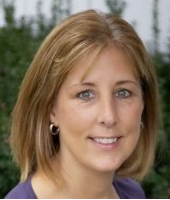 Did he immediately like it? How has he developed over the past six years?

We started him with lessons, and Bach to Rock made sure to get him in a band almost right away. It was great. The kids weren’t at a level where they could hit 100% of the right notes, but their teacher got them to sit down and punch out a song. It was an easy song that was popular at the time, probably a Jonas Brothers tune. Everything just clicked with Jacob. It was a slow process for him to figure out exactly how to master the instrument, but being able to complete the song roped him in and gave him confidence. He really enjoyed it and kept going back week after week.

It was a slow and steady climb for Jacob. He went through a series of different groups and just kept getting better and better. Music has really become his focus. I look back at us working so hard to find something that he could do and enjoy. We were trying every sports angle humanly possible. We’re just so happy he found his passion.

What instruments does Jacob play?

He plays electric and acoustic guitar. Most recently we got him an Irish instrument called a bouzouki, which is similar to a mandolin. For the most part, he likes any kind of variation of guitar.

What kind of kids and families benefit most from Bach to Rock?

I’ve seen that you get out of it what you put into it. Bach to Rock can work in different ways, depending on the kid. If a kid is super-engaged and really wants to pursue music as a main focus, then Bach to Rock can definitely support this level of interest. It also works for the child whose interest in music is more of a hobby, the one who just wants to learn to poke around on the guitar or drums. The members of Jacob’s band are professional musicians now. They get paid to play gigs, and they have got quite a presence now in social media. They have two gigs this weekend. Jacob has had a kind of magical kind of experience with Bach to Rock. He was able to find a group of kids that were all on the same page. Their band, Throwing Wrenches, is going somewhere.

My daughter’s experience has been different — but still a good one. She’s in the fifth grade and has attended Bach to Rock for four years now. She is also in a band, but they have a different approach. She’s with a group of kids that are very creative, but music isn’t their only focus. They are all involved in other activities. They learn songs and participate in a [Bach to Rock-sponsored] Battle of the Bands and very much look forward to it. She would be devastated if she didn’t have Bach to Rock, but it’s more of a hobby for her. My son is very much focused on music as a primary interest, and it will probably end up being his career. I don’t know what road he’d be going down if we hadn’t found Bach to Rock. 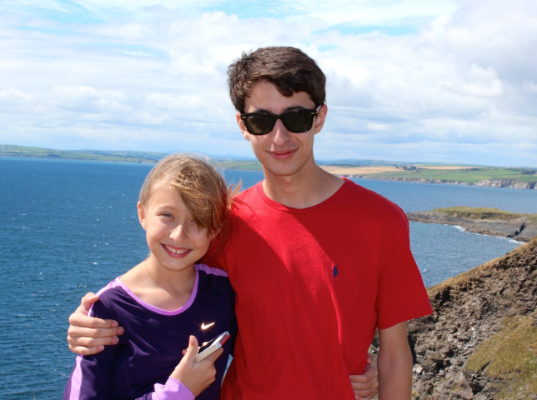 What are your kids’ favorite genres of music?

For Jacob, I’d say indie and alternative rock, but both of my kids like all kinds of music. It’s amazing when you look at their iPods, because the songs are all over the place. What they listen to and what they end up playing can be two different things. Jamie’s band is pop with a light rock influence, like a Maroon 5, including a lot of girl pop. There are two boys in her band, so she has to listen to a lot of other kinds of music, too. There’s only so much Katy Perry you can listen to. The team environment is very good for her. They have to find a good common ground together musically.

Did you take music lessons growing up?

My husband and I don’t have musical backgrounds, and we never had anything like Bach to Rock to help us learn music. Maybe I would have joined! We are a family who encourages and fosters music. We listen to all sorts of music and definitely go to more concerts.

Was Bach to Rock Jacob and Jamie’s first introduction music lessons? Did you have anything to compare it to?

They both tried instrumental music at school. In public school, it is so hard to get that one-on-one attention from a music teacher. It’s just so crowded. Unfortunately, they both dropped out of instrumental music in school. It was hard for them to be in a situation with that many kids and just one instructor. It was chaotic. Bach to Rock was much different from the beginning. They were able to focus on the music. Right away they were able to play an easy song in a genre that appealed to them. Before long, they were totally engaged and even learning music theory. The Bach to Rock curriculum is just so interesting!

Your son found his musical identity at Bach to Rock. Has this helped him at school?

It has helped him in life — 100%, no doubt about it. He is definitely more confident. It’s kind of a quiet confidence. He knows guitar is something he excels at. Jacob goes to a big high school, and there is really no rock band in high school. He recently entered into a school talent show with his guitar. Word is getting out at his high school that his band is starting to do well and perform more locally.

What do you like most about Bach to Rock?

The teachers there have all been great. They have been great mentors to both my kids. I believe when they get older and look back; they will be able to pick out a few teachers that made their lives easier. The folks at Bach to Rock are definitely going to be standouts for them. Bach to Rock is like a family. They connect with the kids and really care about them. I just can’t say enough about Bach to Rock. My kids have gotten one-on-one attention they wouldn’t have been able to get anywhere else. I believe they will always look back fondly on their years at Bach to Rock.

If you were going to recommend Bach to Rock to friends, what would you tell them about it?

You get out of it what you put into it. If it’s just a little hobby that you’re looking for, then you will have your little hobby. If you want to take music to a higher level, you can definitely do it. I highly recommend Bach to Rock because the kids learn so quickly with the one-on-one attention. Their method of teaching is really engaging.