Three Reasons Why Bach to Rock is a Leading Education Franchise 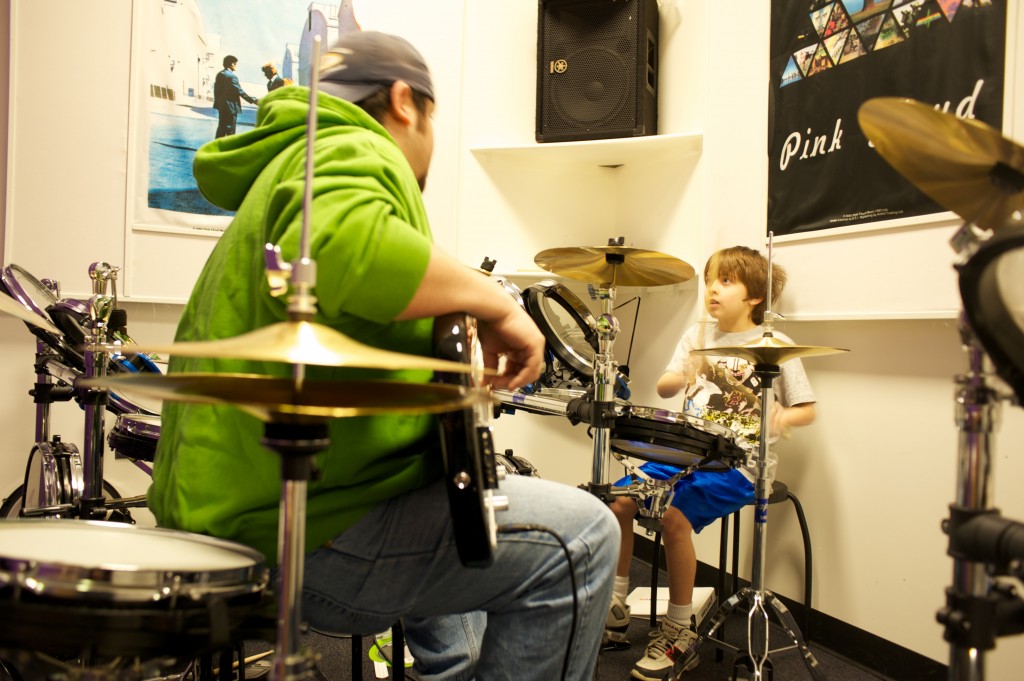 The Bach to Rock music education franchise plans to triple in size by the end of 2015.

One of the reasons Bach to Rock is taking off is because no other national franchise approaches music education quite like we do. We’re reinventing music on a national scale based on a simple and clear philosophy — learning music can be fun and rewarding whether a music student loves Kelly Clarkson, Foo Fighters or Beethoven.

Here are three reasons why the Bach to Rock music education franchise is leading the pack.

Bach to Rock schools enjoy a $20 million investment from their parent company, CIG.

The Bach to Rock approach is based on the belief that people learn faster if they get to play the music they love with their peers. Let’s face it: traditional music lessons have often amounted to boredom or outright torture for the student. Bach to Rock students, however, are encouraged to explore the kinds of music they love and then play that music with other students in bands that perform in public spaces.

Bach to Rock believes that learning music should be fun, but that doesn’t mean we aren’t serious in our approach to music education. Our students soar. Bach to Rock teachers — all of them professional musicians — use a proprietary curriculum that focuses on age- and skill-appropriate musical arrangements drawn from a large library of songs. Students can begin playing almost right away. As soon as they grasp the basics of an instrument, we place them in a band so they learn to play music with other students on complementary instruments.

One of the coolest things about Bach to Rock is that our bands, ensembles and performers take center stage — a lot! You’ll find them rocking out in cafes, coffeehouses and neighborhood events or on the big stage at a local Battle of the Bands. These experiences give the typical Bach to Rock student the confidence level and self-esteem of a star. They are learning so much more than notes and melodies. They’re picking up key life and career skills — and a love of music — that will last a lifetime.

Growth Potential
Music programs in our schools are dying away, and it’s only getting worse. Meanwhile, parents and families are seeking alternatives.That’s where the Bach to Rock music education franchise comes in.

Since we opened our first Bach to Rock school in Bethesda, Maryland, in 2007, we’ve been growing so quickly we’ve won awards — combined gross sales were more than $3 million by 2010, the year we started franchising, proving that the model is both profitable and scalable. Some of our schools have reported growth much higher than they originally planned for.

In the communities where there are Bach to Rock franchises, we’ve found that parents are more than willing to spend their disposable income on music lessons for their children. We also see adults eager to pursue their dreams of learning instruments or joining bands.

Our cost to acquire a customer is about $100, but the customer typically spends much more. Students enrolled in private lessons or band at Bach to Rock stay with us for an average of 70 weeks of instruction. Plus, we are designed to bring in multiple streams of income. A healthy chunk of revenue at our franchises comes from offerings such as Bach to Rock music camps, birthday parties and corporate events.

“The music education market is very fragmented,” says Ralph Rillon, Vice President of Franchise Development and Sales at Bach to Rock. “There’s no standard model that’s really right for franchising, and I think that’s where Bach to Rock can make a big difference in the industry. Our model can help bring a standard level of service to music education. I can easily see us adding 600-800 locations nationally.”

Leadership and Corporate Backing
Bach to Rock has extraordinary corporate support and executive leadership. CIG, our parent company, has already invested more than $20 million in the Bach to Rock concept in order to perfect the business model and create a scalable business that translates into a reputable nationwide franchise system. That’s the kind of backing most emerging franchises can only dream of, and it makes a huge difference to our franchisees’ success and our overall success as a franchisor.

Our executive team, headed up by President Brian Gross , are not only devoted to music education; they are franchising veterans with experience at national giants such as Sylvan Learning Centers.

Bach to Rock is a music education franchise for students of all ages — from early childhood through high school and beyond. At Bach to Rock, we know that learning music should be fun and that students learn best when they play music they enjoy. We are one of the nation’s fastest-growing private companies — named to “Inc.” magazine’s annual Inc. 500|5000 list for three consecutive years. To find out why, visit our research pages. If you would like to read a Bach to Rock franchise review, please visit our blog. To learn even more, fill out a form to download our free franchise report and someone will call you to start a conversation. We look forward to speaking with you!