With its one-of-a-kind approach, the Bach to Rock music franchise leap-frogs over the competition 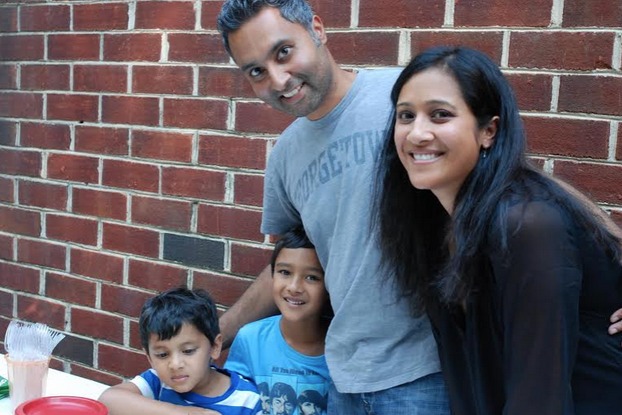 Sameer Patel was a satisfied customer of the Bach to Rock music franchise before he decided to purchase his first school.

For a lot of people, traditional music lessons just aren’t that fun. The Bach to Rock music franchise is all about changing that age-old stereotype. We’ve spent years developing a proprietary — and remarkably unique and effective — approach to teaching music. Our method engages students of all ages from the very first moment they begin lessons and keeps them interested long after they would have given up on traditional lessons.

Bach to Rock is meeting a pent-up demand for music education, especially since our schools all over the nation are slashing music programs right and left. We have built our company to be a worthy brand that allows investors to give back to their communities, dramatically improve the lives of young people and explore the potential for a high rate of return on reasonable investments.

Students have fun and learn at the same time 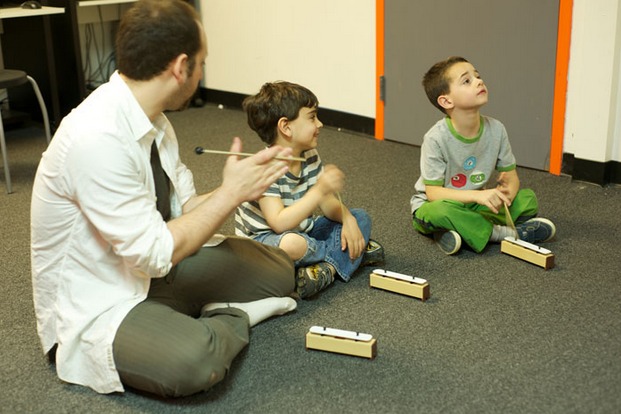 Students at the Bach to Rock music franchise start learning in groups at a very young age.

The Bach to Rock approach allows students to explore the kinds of music they love and then play that music with other students in bands that perform in public spaces. We approach learning music as if it’s a team sport. Everyone works together to make great music and supports one another along the way. We combine individual lessons with ensemble instruction and hold weekly jam sessions that lead to Battles of the Bands and recording in our in-house professional studios. We regularly schedule public concerts that instill confidence in our students and help them polish their performing skills.

“Bach to Rock isn’t attractive to me just because of the concept — it also has a very compelling structure and its own very unique curriculum,” says Sameer Patel, a Bach to Rock franchisee who’s in the process of building a new Bach to Rock school in Bristow, Virginia. “That’s one thing that really sets us apart. Bach to Rock has put a lot of time into developing a music program that kids can relate to. Every month they put out the latest new songs that kids can learn with various levels of proficiency. It’s not like going to a music store and picking up a book and then having different teachers teach different things. Bach to Rock has a structure in place that can be both refined and replicated.”

The music education market is very fragmented, with no standard model that’s really been right for franchising. This is an area where Bach to Rock is poised to make a huge mark in the industry. Sameer Patel puts it this way:

“Traditionally, when parents have looked for music lessons for their children, they haven’t really known, with consistency, where the teacher will teach. It could be anywhere — their home, your home or a more public location. It can be hard to figure out the actual quality of a music teacher. The Bach to Rock music franchise is different. All the music happens in one place, and we screen the teachers. They have to go through various background checks. It seems very smart to systemize all of this.”

We use recording as an educational tool

Talk about putting the cool in going to school! Bach to Rock gives students the opportunity to compose, write and record their own music in a state-of-the-art recording studio. Imagine the thrill of a 15-year-old girl being able to record a CD of original songs, or a punk-inspired band hunkering down in the studio diligently learning all aspects of musicianship and developing their own signature sound.

Bach to Rock studio professionals work with young artists and/or bands to develop high quality recordings that reflect the best of their musical development. Longer sessions include individual instrument recording, vocal ad-libs and overdubs. As with the Battle of the Bands performances, recording studio sessions are part of the Bach to Rock franchise methodology in developing the talent, skills and signature sound of young musicians and vocalists.

Bach to Rock is a music education franchise that knows learning music should be fun and that students learn best when they play music they enjoy. Find out why we’re one of the nation’s fastest-growing private companies — named to “Inc.” magazine’s annual Inc. 500|5000 list for three consecutive years and to Franchise Gator’s Top Emerging Franchises list in 2014. To read a Bach to Rock music franchise review, please visit our blog. To learn even more, fill out a form to download our free franchise report and someone will call you to start a conversation. We look forward to speaking with you!