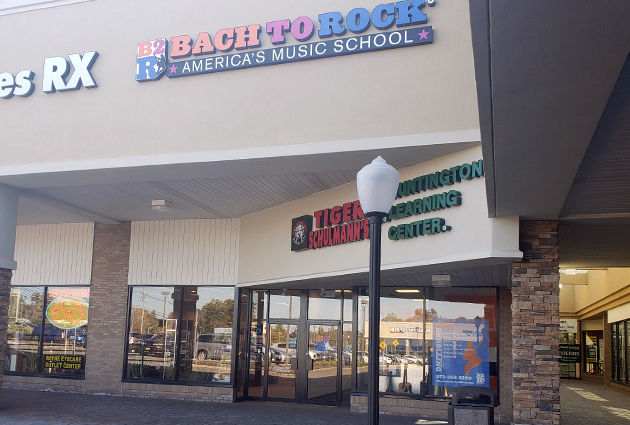 Bach to Rock (B2R), America’s music school for students of all ages, proudly announces the opening of a new school in Wayne, New Jersey.   Bach to Rock is expanding throughout the country helping music lovers become musicians.  Now, families in Wayne are invited to learn about Bach to Rock at the school’s free grand opening on Saturday, June 1, 2019 from 10 a.m. – 2 p.m. at 1595-3 NJ 23, Wayne, New Jersey, 07470.  Attendees can tour the school, enjoy a free music lesson, learn about individual lessons and group classes, try out free toddler “Mommy and Me” classes, enter prize drawings and giveaways, check out the recording studio, and enjoy performances by instructors.  This location marks Bach to Rock’s second school in New Jersey and its 39th in the country.

Nationwide, Bach to Rock has instructed over 45,000 aspiring musicians since opening its first school in 2007.  The brand delivers a twist on traditional music lessons, offering something that’s akin to team sports with a spirit of creativity and fun to inspire students. “With Bach to Rock, gone are the days of boring and solitary music lessons.  Students learn to play today’s hits and jam with other kids from the start. You’ll see students paired up in groups and teams to help ignite the musical energy,” said President of Bach to Rock, Brian Gross. The Wayne school will serve students from Wayne, Pequannock Township, Lincoln Park, Haledon, Pompton Lakes, and Totowa.

Karl Kahofer is the new franchise owner of the Wayne school, and he brings over 20 years of sales and management experience in the healthcare industry to the venture.  The father of two daughters, he recently relocated his family to Bergen County. He noticed plenty of sports opportunities but didn’t see a lot of choices for kids with interests other than sports.  “I feel it is important that families have a welcoming, family-focused music school option as well,” said Kahofer.  “Additionally, there is a lack of fun music education in our school system.  My love of music and the importance of boosting the cultural development of today’s children led me to Bach to Rock.”

Bach to Rock Wayne will offer a variety of programs for students of all ages including individual and group lessons in piano, voice, guitar, drum and more; music programs for preschoolers and toddlers; beginning piano for children in grades K-2; along with summer camps and birthday parties. Bach to Rock also offers MyB2R, an online dashboard offering customers real-time access to student progress and more. MyB2R is the only digital service of its kind in the music school industry, and provides the ability to track student advancement, schedule lessons, obtain homework and stream over 300 pre-recorded songs to practice at home.

Bach to Rock – A Franchise Opportunity with Industry Stature

Nationally, Bach to Rock is experiencing a robust and steady growth, with 38 schools open and operating with an additional 12 schools in development. Nineteen of those schools are in eight Top Ten markets, ranked by population.  The franchise is trending to become a $15 million brand, teaching over 10,000 children and adults in 2018 alone and over 45,000 since the company’s inception in 2007.