What is Driving Demand for the Bach to Rock Music Franchise?

As schools continue to cut the arts, parents are eager to find quality music instruction for their kids 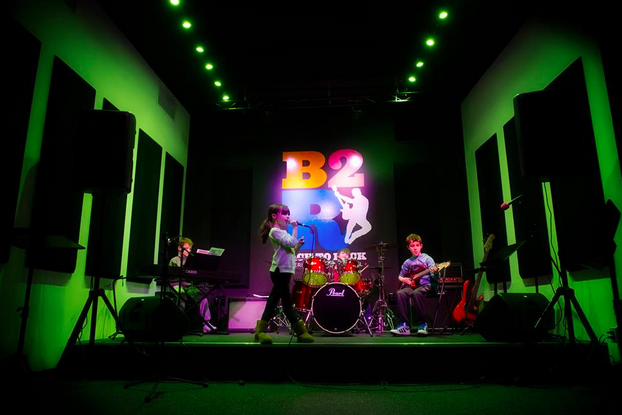 Bach to Rock music franchise locations are transforming music education on a national scale by turning solitary, boring music lessons into a group activity that is more like a team sport.

The Bach to Rock music franchise is a game-changer in music education because we do much more than educate. We empower and inspire students with a transformative curriculum based on what the students love. Students and parents love us, and investor/owners seek us out.

The Bach to Rock way of approaching music instills confidence in students by allowing them to form bands with their like-minded peers. We book them concerts in and around their communities, and our uniquely talented teachers are also working professional musicians.

According to the Americans for the Arts Action Fund, a nonprofit organization intent on curtailing the arts education cuts that are happening around the country, a student with an education in the arts is not only going to be less likely to drop out of school, but will probably have improved test scores in both reading and math. However, as arts education cuts continue to be felt around the country, parents are turning to extracurricular activities to ensure their children are receiving a well-rounded education.

Here are three factors driving the demand for the Bach to Rock franchise:

We live in a culture where millions tune into singing competitions such as “The Voice” or “American Idol.” Anyone with access to the internet can upload a performance to YouTube and get millions of fans. Music is everywhere, and it really influences kids. They want to sing along to Taylor Swift or Katy Perry. They see a classic rock song performed on “American Idol” and fall in love with it.

At every Bach to Rock music franchise location, we encourage our students to lead the way in regards to their music education. Gone are the days of the out-of-touch piano teacher who doesn’t cater to the student’s interest. We want music to be a lifelong passion for our students, and so we give them the tools to make this a reality. 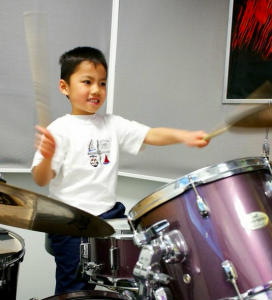 Schools are cutting music programs, making music education harder to come by. Bach to Rock music franchise locations are stepping in to fill that void.

There’s a huge mismatch between the demand for music education and the resources available to meet that demand. Schools offer less and less musical instruction, and what they do provide often lacks the individual attention and cultural context students crave.

Despite the fact that music education programs are being axed right and left, a recent Gallup Poll survey entitled Public Attitudes toward Music revealed that Americans have highly positive opinions about music in general and music education specifically.

Eighty-seven percent of those surveyed say that music is a very important part of their lives. Seven in 10 said they would still like to learn to play an instrument, and 85% of those who didn’t play a musical instrument wish they had learned to play.

We have many Bach to Rock parents who have watched their children blossom at one of our schools. Take Melinda Mansfield, a former music therapist who’s sung with Bobby McFerrin and trained with the San Francisco Opera. Yet, when she decided her own preschool-aged children — twins Josie and Will — needed exposure to music, Melissa tried Bach to Rock on the recommendation of a friend.

“My daughter plays the drums and has developed an amazing ear for rhythms,” Melinda says. “They are now automatic for her. I am always amazed with her drumming and with all the skills she’s learning and applying. My son, Will, is a completely different person since starting at Bach to Rock. Because of his dyslexia he had a really hard time in second grade. I don’t know what we would have done if it weren’t for Bach to Rock. He felt smart because he could play the guitar and make up music and songs.”

Brian Gross, president and CEO of Bach to Rock, understands how important music education is for parents and students alike.

“If you look at a hierarchy of parental needs, education is at the top, and music education and sports are right up there,” says Brian. “While we’re an extracurricular activity, we have a lot more depth and substance in terms of enrichment and cultural factors than other things, whether those other things are swimming or karate or dance or something else. I think when parents are forced to cut back, not only within a child’s activity set but bigger-picture items, whether it’s a country club membership, a vacation or a new car, thankfully, music education is pretty high up. For us to get cut, there have to be really dire circumstances.”