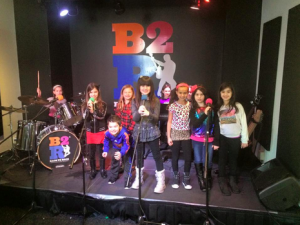 At the Bach to Rock franchise we know that when students learn to play the music they love alongside their peers, they’re learning more than notes and melodies.

According to market researcher FranData, 55 percent of franchisees own more than one franchise location. There’s an excellent reason for this: multiple locations of the same franchise are less expensive and faster to grow because there is significant economy of scale. A Bach to Rock music school franchise is no different.

Bach to Rock is gaining momentum because we do much more than educate. We empower and inspire students with our transformative curriculum and uniquely talented teachers, who also are working professional musicians. Our business model includes several ways to generate income that strengthen cash flow, build brand awareness and allow the franchise owner to serve more people.

Here are the three reasons why owning multiple Bach to Rock franchises is a good idea:

1. You save on that next franchise

Multi-unit franchise owners are attractive to franchisors. A multiple-unit owner requires the same amount of training and support as the owner who takes on just one location. So training one owner for multiple locations results in lower operational costs for the franchisor and puts a more experienced owner in the field.

Our music school franchises tend to start out with one full-time music director and four to six part-time music teachers, with the aim of serving an initial enrollment of 250. As enrollment grows, owners add more full-time and hourly staff accordingly. With limited full-time staff and a part-time teaching staff added as needed, our franchisees can scale their business at a comfortable pace without overextending themselves financially.

Because each school has a manager, franchisees are not shackled to a single location. The model was built from day one for franchisees who want to start with one school and grow a chain, multiplying their income with each school they open.

2. Control over your franchise territory 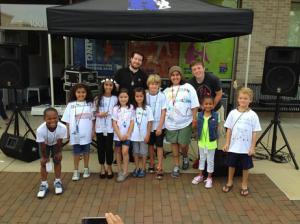 The Bach to Rock franchise is an opportunity for entrepreneurs to build a business that is dedicated to helping children and adults learn to play the music they love.

As a multi-unit owner you have the opportunity build the Bach to Rock brand in an entire region and put your professional touch on it. This form of ownership is very satisfying to the typical entrepreneur and business owner. You’d be able to create your own small empire of schools and control the management and delivery of services. You could build a lasting legacy.

In the coming decade, we envision about 500 Bach to Rock franchises up and running in communities throughout the United States. Large metropolitan areas such as Boston or New York can support about 20 franchises, and just about any of the country’s top Designated Marketing Areas have residential pockets where a Bach to Rock school would fit perfectly — Seattle, Phoenix, Minneapolis, San Francisco, Nashville, Houston, Dallas and Chicago, to name a few.

You can make a much bigger impact in the community and serve more music students when you oversee more than one Bach to Rock school. Your career can become extremely meaningful as you impact more and more students.

There’s a big demand for quality music education in general and an even bigger demand for music education that’s creative, innovative and effective. That means there’s an almost limitless number of students of all ages out there who could benefit from our unique approach to music education. We have story after story of students who’ve blossomed as a result of learning music the Bach to Rock way. They gain musical mastery, confidence and social skills. Some even go on to major in music in schools.

Multiple-unit franchise owners Alan Goodstadt and Glenn Fleishman left corporate careers to pursue their dreams of running several Bach to Rock franchises in the Greater New York region.  Glenn and Alan knew from the beginning they wanted to make a big footprint.

“We are excited to be a part of a company that is revolutionizing the way music is taught in this country,” Glenn says. “We like to think that we are doing for music what Starbucks did for coffee — taking what has been a commodity product and turning it into a great experience.”