Bach to Rock is a franchised music education school for students of all ages, from early childhood through high school and beyond. Our unique twist is that we turn music into a “team sport” by creating student bands that learn to play sets, record in a studio and perform in public. We provide individual music lessons, too, but in an engaging way that offers students exposure to whatever kind of music they like — Top 40, classical, hip-hop, blues, country, gospel, jazz, a cappella, bluegrass, electronica and more.

“Bach to Rock is transforming music education on a national scale by turning solitary, boring music lessons into a group activity that is more like a team sport,” says Ralph Rillon, vice president of franchise development and sales. 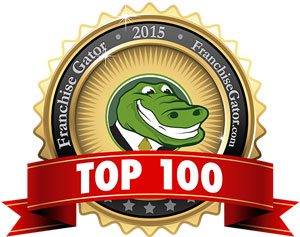 Franchise Gator ranked music franchise Bach to Rock 100th overall. The list is based on a formula composed of several variables, including financial stability, transparency, engagement, continuity and sustainability. The online directory evaluated franchise opportunities that fit the mold for its visitors’ searches by taking investment range and industry into account.

We sold the first Bach to Rock music franchise in 2012 and have been growing ever since. CIG invested more than $20 million into the Bach to Rock concept to help us create a game-changing and scalable business model and to build the systems to create a nationwide chain of music schools. We already have several corporate schools on the eastern seaboard, and we have franchised schools from coast to coast. With a goal to build a system that’s 500 strong by 2024, Bach to Rock and CIG are committed to a unified vision. According to our Franchise Disclosure Document, our affiliate-owned locations generated an average annual EBITDA (Earnings Before Interest, Tax, Depreciation and Amortization) before rent of $281,109 for 2013.

“Everyone at Bach to Rock has been as open as they can be,” says Sameer Patel, a Bach to Rock franchisee in Bristow, Virginia. “They are a good group of people. I instantly had a feeling of trust in talking with them about the potential of purchasing my own Bach to Rock school. They really want their franchisees to be successful.”

For in-depth details about a Bach to Rock music franchise opportunity, download our free franchise report. You can also learn more by visiting our research pages.