Bach to Rock celebrates Matt’s amazing second-place finish and No. 1 standing on iTunes

Bach to Rock teacher Matt McAndrew made many millions of fans during his stunning nine-week run on The Voice. And even though the show is over, we’re still feeling a ripple effect from it at Bach to Rock franchise schools.

We congratulate Matt on his second-place finish and for his incredible showing on the iTunes Top 100. When it comes to iTunes sales, he truly blew away the competition! On Dec. 17, the morning after the finale, Matt’s song “Wasted Love,” was No. 1, and he had seven other songs in the Top 100. That’s far and away the best showing of any performer from The Voice on iTunes.

Matt’s story — that of a quirky, humble music teacher getting discovered by the nation — is a big win for music education in general and Bach to Rock specifically. Matt has a great career ahead of him, and we have no doubt that Matt’s history as a Bach to Rock teacher will continue to have positive reverberations for our brand.

Having a Bach to Rock teacher capture so much attention and success on a national level has raised the profile of the Bach to Rock brand. Our students, parents, teachers, managers and owners are inspired, enrollment is spiking at Bach to Rock schools and more people are interested in owning a Bach to Rock franchise. 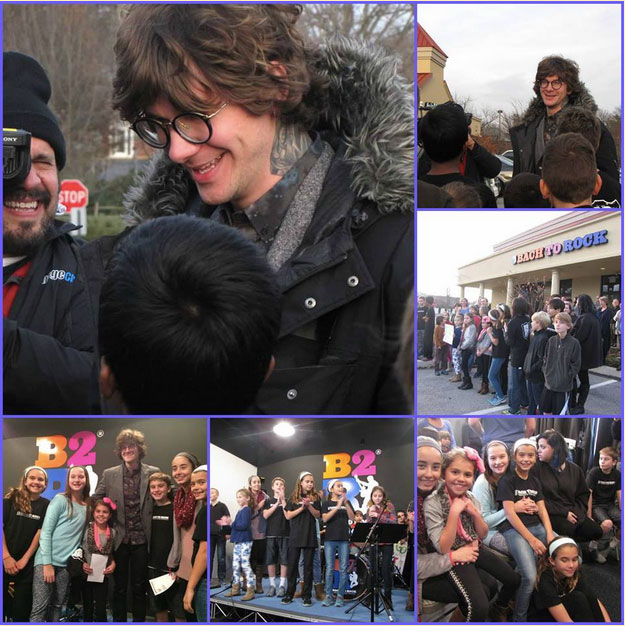 Matt McAndrew, standout contestant on The Voice, visits with former students at the Bach to Rock franchise school in Wayne, Pennsylvania, in early December.

Bach to Rock of Wayne, Pennsylvania, the school where Matt taught voice, guitar and band, has seen a 27 percent rise in enrollment in the past two months. Hundreds of Bach to Rock students — from California to New York to Maryland — have cheered Matt on week after week, and they are more motivated than ever!

Matt is fond of turning the spotlight back on his Bach to Rock students. “I’m thankful for the time I’ve spent at Bach to Rock with incredibly talented students, who inspired me day in and day out to turn my musical aspirations into a reality,” he said in a recent interview.

The generous amount of media surrounding Matt has also been thrilling. We loved seeing the NBC camera crew shadow him as he hung out with the kids and staff at the Bach to Rock/Wayne location. He was interviewed by news outlets from as far away as Brazil!

Matt serves as a great example of what the Bach to Rock franchise brand represents. 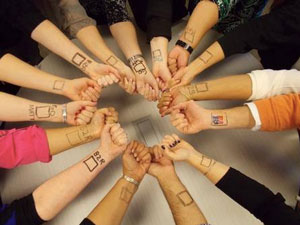 We believe that learning music should be fun, not an unbearable exercise with archaic music. Like Matt, we’re an original. We’re the music school your parents wish they’d gone to.

Music teachers at the Bach to Rock franchise have a lot in common with Matt. They are working musicians with a sense of originality and independence, and they appreciate all forms of music. They empower their students to learn the songs they love and to play in groups and in public. They are a big reason why our schools become instantly popular when they open.

With music programs getting cut from schools right and left, there’s never been a more important time to spotlight Bach to Rock. Thanks again, to Matt McAndrew, for helping to raise our profile and for being such a wonderful cheerleader for the Bach to Rock family.

The Bach to Rock franchise is one of the nation’s fastest-growing private companies — named to Inc. magazine’s annual Inc. 500|5000 list for three consecutive years. We have corporate-owned schools — two in Maryland and four in Virginia — the first of which opened in 2007. The first Bach to Rock franchised school opened in 2013, and there are now seven franchise schools in New York, Pennsylvania and California. Several more franchise schools are in the pipeline, and the company expects to triple in size by 2015.