Bach To Rock Expands Offerings With Music Program For Infants 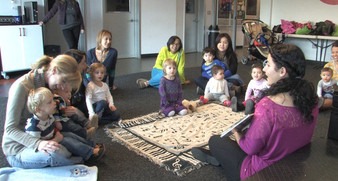 The “Rock n Roll” early childhood music program, designed for infants and toddlers, is being piloted at franchises in the Washington, DC region and will soon be rolled out to locations in New York and Pennsylvania, according to a news release.

Bach to Rock opened its first location in Bethesda in 2007, and grew with franchise agreements in the Washington, DC region after meeting success. Last year, the company expanded its footprint nationally.

INC magazine named the business one of the fastest-growing small companies in the country in 2011 and 2012.

Bach to Rock is hoping to expand its class offerings with the early childhood music program, based on active listening, movement and music instrument exploration.

“We believe that this program will become a huge success based on the pilot, and look forward to rolling out the curriculum to Bach to Rock’s entire system,” Brian Gross, president of Bach to Rock, said in a statement.