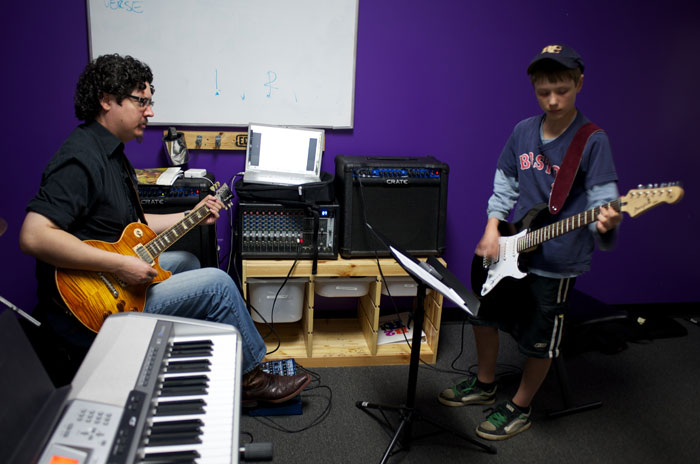 Ralph Rillon envisions the Bach to Rock franchise growing to 600-800 units in the next few years.

Ralph Rillon never thought he’d be able to combine his two professional passions — franchising and music. That was before he found a home at Bach to Rock as Vice President of Franchise Development and Sales. 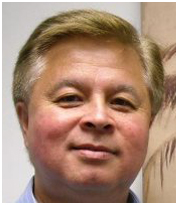 Ralph, a vocalist and drummer who also spent about 10 years touring the country as a professional musician, joined the Bach to Rock team in 2011. He worked for many years as a franchise consultant and was VP of Franchise Development at ZIPS Dry Cleaners franchise before joining Bach to Rock. “Music has always been a huge part of my life,” Ralph says. “I’ve been playing for over 40 years, and I still perform in groups. I think it’s through my experience with music that I understand the essence of Bach to Rock. They will carry these experiences with them for the rest of their lives.

“I feel very fortunate to be at Bach to Rock at this stage of my career,” Ralph adds. “Music education is more important than ever. Bach to Rock is making a big difference in the industry, and we’re just getting started.”

What were you doing before you came to the Bach to Rock franchise? Why did you take the job? I was doing what I had been doing for the past 20-plus years, and that’s being involved with helping develop franchise brands. Some of the brands were based here in Maryland, some were based elsewhere. As a franchise developer and a musician, I knew a bit about Bach to Rock. I’d been watching them grow. Once I heard they were ready to franchise their model, I stopped what I was doing and aggressively pursued a position with them! Bach to Rock represented the perfect situation for me — a meaningful career where I could combine my knowledge and passion for music with helping people go into business for themselves.

What does your job entail at Bach to Rock? We’re an emerging brand, which means we all wear many hats here. That said, my primary focus really is to help find candidates who share the passion and confidence that we have in the Bach to Rock concept. Once we find that individual or that partnership, we hope they become a franchisee. The next stage for me is to assist them in any way I can and help them find locations in their respective markets. There are a lot of things involved — helping to review leases, letters of intent and negotiations, to name a couple. We don’t actually negotiate the lease for a new franchisee, but we offer our input.

When prospects come to you, what are they asking you? What are they most concerned about? Generally speaking, there are two sides to Bach to Rock, a philosophical/creative side and a business side. Most serious potential franchisees are interested in both. Here’s what I mean by the philosophical side. We often are talking to former or even active musicians, and they really want to know more about the methods we use to teach children. They want to know what differentiates us from other music instruction programs out there. Of course, our candidates want to know about the economics and the viability of the model. The Bach to Rock franchise model can be very profitable, and at the same time, the philosophical and creative side of running this business can be very fulfilling. The combination of creative fulfillment and financial success is powerful. We are a unique music education franchise. Overwhelmingly, our candidates are impressed by our proprietary curriculum and our unique method of teaching. I’ve never heard a negative remark about them. Our candidates are very impressed with how we approach music education, with our unusual blending of group instruction, one-on-one instruction and the whole idea of getting into bands and giving public performances. It’s a very well-rounded approach.

What kind of person makes a successful franchisee? It’s very hard to define the ideal candidate. In franchising you see successful owners coming from all walks of life. That principle applies to Bach to Rock, too. That said, there’s usually another layer with Bach to Rock owners. Successful franchisees have some level of passion for music and music education and working with kids. They aren’t all musicians, but I’d say they all have a real appreciation for music and music education. They believe in the mission of the franchise. We’re certainly looking for people who are entrepreneurial and/or people who have owned their own businesses. It’s not uncommon for people to come to us who currently their own business but they are ready to diversify.

There are so many people who can connect with our model. I’m beginning to realize that just about everybody out there has picked up an instrument sometime in their lives, whether it was 20 years ago, 10 years ago or yesterday. Of course, the investment level has to be within their reach; it needs to fit their overall goals and lifestyle. It’s very exciting at Bach to Rock now because we’re finding good franchisee matches. We’re finding our little pearls. They typically get very engaged, and I think it’s because of the two layers of the business. Again, philosophically it’s all about the good we’re doing in the community and how rewarding music education is. All of our franchisees and franchise candidates seem to like that Bach to Rock is a community-based business that connects people in their communities in a much different way than other businesses offer. The economic side is equally exciting because you can make money at it.

You obviously were able to make music a big part of your life, but do you think it would have helped you to have Bach to Rock when you were young? I was the kid who got started early. I was playing in bands at 14. I found other people to play with, but it took me longer to sort of find my stride because there was no organization to learning music for me. There was no leadership. I was just trying to find my way. A Bach to Rock school would have helped me get organized. It would have helped me learn the structure of practicing. Instead, the process took me years and years. It definitely would have prepared me for being on stage. It’s quite a daunting thing for a 14-year-old to perform. My first gig was in front of 1,000 people. Bach to Rock prepares kids for performances by having them perform in friendly environments in their own communities. It’s a very positive learning environment. The instructors are very encouraging. The kids really excel, and they’re having fun.

My own history with music education and instruction was all over the place. I was interested in singing by the time I was 12, so my mom arranged for me to have singing lessons. I learned voice control, but I wasn’t able to sing the kinds of songs I wanted to. At a certain point I felt the need to get some drum instruction. I was 15 and stuck in a room with a man who could care less what I was doing and seemed to be about 90. He would read a book and actually leave the room and come back 30 minutes later. So I quit after a month.

Why do you recommend buying a Bach to Rock franchise? Well, it’s a rare and fantastic business opportunity, especially for someone who has a connection to music and/or for a business person who’s passionate about service retail. Bach to Rock is cutting-edge; it’s out-front and unique. Even without the musical component, it’s a great service retail model. It’s worth a close look, even for the person who’s more into the business side of it. There’s really no model like ours out there.

Where do you see the brand going in the next two or three years? The music education market is very fragmented. There are a lot of music teachers out there, and everyone’s sort of doing their own thing. There’s no standard model that’s really right for franchising, and I think that’s where Bach to Rock can make a big difference in the industry. Our model can help bring a standard level of service to music education. I can easily see us adding 600-800 locations nationally.