This July 4th, IFA recognizes veterans who have started careers in the franchise industry 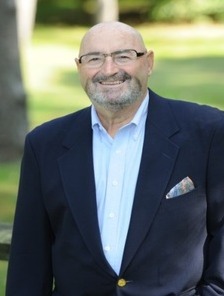 On Nov. 10, 2011, IFA announced “Operation Enduring Opportunity,” a franchise industry-wide campaign to hire and recruit as owners 80,000 veterans and military spouses through 2014. Since 2011, nearly 65,000 veterans have entered franchising, including 4,314 owners. On April 30, the White House Joining Forces initiative announced that 290,000 veterans and military spouses have been hired or trained since the launch of the initiative in 2011. Franchising contributed almost a quarter of this total.

This effort builds on IFA’s long-standing VetFran strategic initiative, founded in 1991. VetFran now includes a record 580-plus IFA member-franchise companies offering financial incentives, training and mentoring to veterans interested in small-business ownership and/or a career path in franchising. In association with July 4, IFA & VetFran proudly highlight a few of the veterans to enter franchising in the past year.

Dave Leonard and Ellen Good
Husband-and-wife team Dave Leonard and Ellen Good have signed a franchise agreement to open the first Pennsylvania location for Bach to Rock, America’s music school for students of all ages. The school is scheduled to open during the summer of 2013 in Philadelphia’s Main Line corridor (Wayne, Pa.) and will teach a wide variety of instruments and music, from 60s rock to Taylor Swift. Bach to Rock offers professional recording studios for both children and adults to use, as well as jam sessions. Leonard and his wife decided to combine their love of music and education to open their first Bach to Rock. He is a U.S. Army veteran and taking advantage of the brand’s veteran incentives program.