How Large is the Music Education Industry?

We live in an era where music is everywhere, and interest in it — and exposure to it — is at an all-time high.

At any given moment millions are watching performances on YouTube or streaming the latest songs from Bruno Mars, Beyoncé or Taylor Swift. Yet, it’s not looking very good for music education in our schools. From New York to California to Florida, music programs such as marching band, glee club and orchestra are getting cut drastically or slashed altogether.

Meanwhile, the power of music in our culture just gets stronger and stronger. When “American Idol” rolls into a city, an average of 10,000 aspiring stars show up, willing to wait for many hours for the opportunity to perform in front of the judges.

Families need new alternatives for music education, and that’s where Bach to Rock comes in. 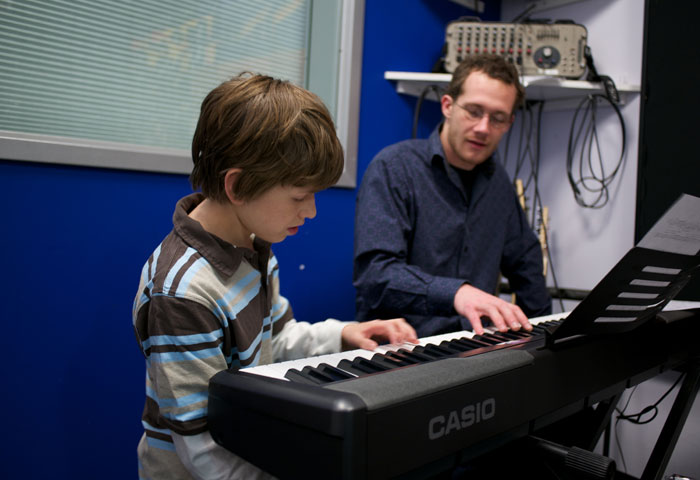 We talk to parents every day who are eager to find engaging ways for their children to learn music. Their desire to give their kids the best possible music education is a primary driver of our success.

Most Americans love music, still want to learn to play an instrument

Despite the fact that music education programs are being axed right and left, a recent Gallup Poll survey entitled Public Attitudes toward Music revealed that Americans have highly positive opinions about music in general and music education specifically.

Eighty-seven percent of those surveyed say that music is a very important part of their lives. Seven in 10 said they would still like to learn to play an instrument, and 85% of those who didn’t play a musical instrument wish they had learned to play.

Even though the odds of it happening are low, 96% of those surveyed believe that schools should offer music as a regular part of the school curriculum, and 8 out of 10 believe music should be mandated by the states. 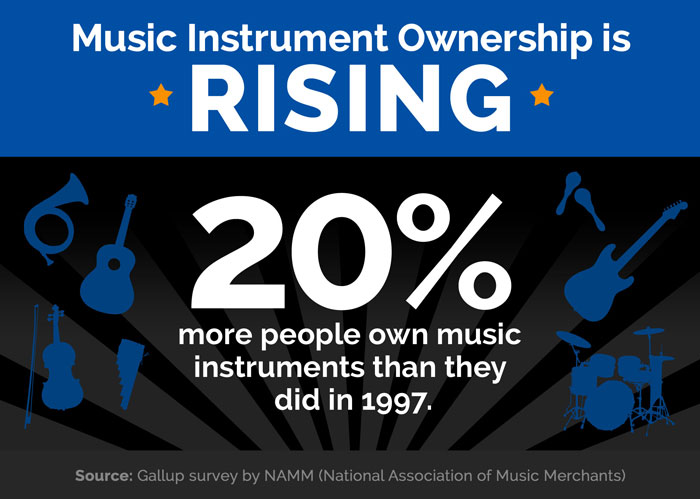 One way to gauge the demand for music education is to look at the sales of instruments and related electronics equipment, such as DJ controllers and mixers.

The National Association for Music Merchants (NAMM), a widely respected trade association for the music products industry, recently reported that sales of musical instruments have risen 10% overall in the past decade.

Some instruments are selling at even higher numbers.

NAMM reports that sales of custom acoustic instruments have risen 39% since 2009, and DJ equipment is flying off the shelves at an all-time high. Ukulele sales have almost doubled in two years, going from 581,000 to more than 1 million.

Many industry experts look to NAMM as a gauge of the music education industry, because growing instrument sales create a demand for more music instruction. According to NAMM’s research and analysis, music education is definitely set for a renaissance.

The organization is bullish on the industry and predicts that the public will continue to engage with music at record levels.

NAMM’s convention is likely a very good indicator of that interest. Each year it is attended by almost 100,000 people.